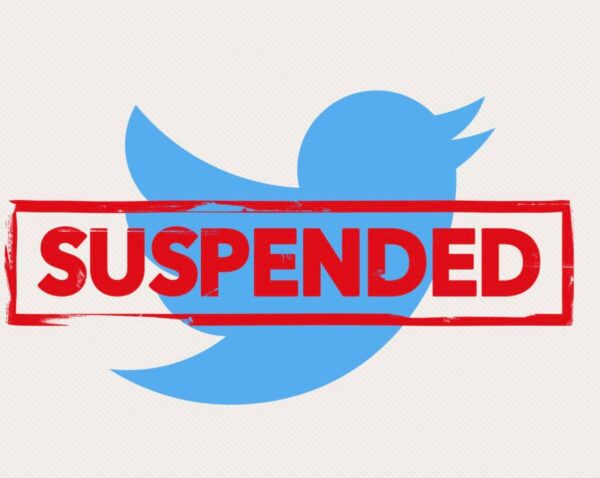 Anyone that know me, knows that I LOVE Twitter.

Well, I might have enjoyed it a bit too much because I’ve been sent to Twitter Jail.

And by that I mean that my @BreckRiley account has been suspended and this is how and why it happened: Celine Dion.

Well, not her exactly. More the company that represents her music royalties.

Anytime there’s a last second basketball shot, a walk-off baseball homerun, a missed extra point that loses the game against your heated rival (sorry Rebels), I edit the song over the video.

It’s called “Celine-A-Scene.” And I did not start the trend. I just jumped on the bandwagon because I’m decent at video editing.

It became so routine, that people began to send me videos they wanted to be “Celined.” It’s just for fun.  I’m obviously not trying to make money off the posts.

But music royalty/copyright companies aren’t known for their sense of humor.

Usually what happens is that you get emailed a notice that using the song is in violation of a copyright, Twitter will notify you, lock your account until you delete the Tweet, and then it’s all good.

What’s even more frustrating was that the tweet in question was from November of 2019.

Yes. It’s the tweet from the aforementioned Egg Bowl.

And it JUST now got flagged.

Now, I have no problem with Twitter or any platform taken down content that gets flagged. If you don’t own the rights to the music and you post something online, you run the risk of it being taken down. That’s just internet 101 theses days.

However, suspending an account for it does seem a little excessive. But that’s all covered in those Terms and Conditions that no one ever reads when signing up for an account on a new platform.

As far as why this seems to happen on Twitter and not any other platforms,  as I understand it,  Twitter refuses to pay for licenses to cover this sort of thing. Licenses that Facebook, Instagram, TikTok, YouTube, and other platforms do pay for.

So as of now, my account is still suspended. I have filed an appeal, which Twitter says can take up to 7 days to respond to. From reading a few other accounts of those that this has happened to, some say the appeals do work and some others say they are still waiting.

So who even knows if this will get resolved, but until then….my heart will go on.