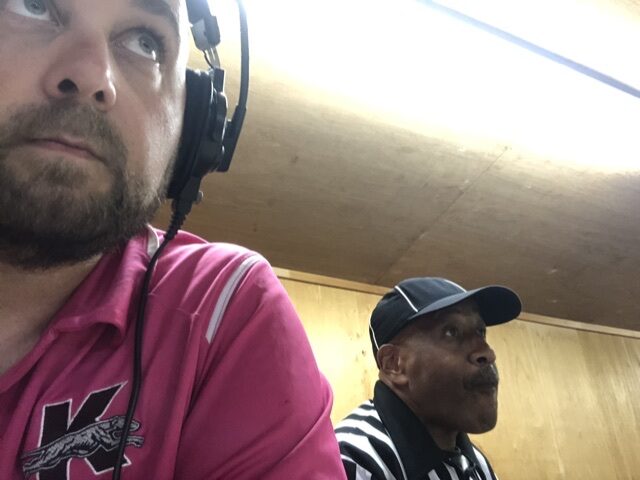 Mississippi is one big high school.

I tell my out-of-state friends that all the time, but I’m not sure they really believe me until they actually come here (Kel knows).

Living in Attala County ups this ante even more, because you can’t go ANYWHERE without meeting someone who was born here, lived here, worked here, or has family here.

Well, I learned this lesson again Friday night as the clock operator, who was seated right next to me in a very cramped press box, told me that he had a connection to Attala County.

His name was RL Clark. He said he went to school in Kosciusko (Tipton Street) through 10th grade, before finishing at Thomastown.

I told him that I live less than 1/2 mile from the old Tipton Street school and that I’ve played basketball in the gym a few times there recently.

He and I then connected about some people we both may have known. He said that his cousin still lives and teachers in the area and said he went to school with Clemmy Harmon (brother of Clarence and Michael).

I sit close to the clock officials almost every where we go and I love chatting with them.

And as I mentioned above, no matter where we are, they usually have some sort of connection to Attala County.