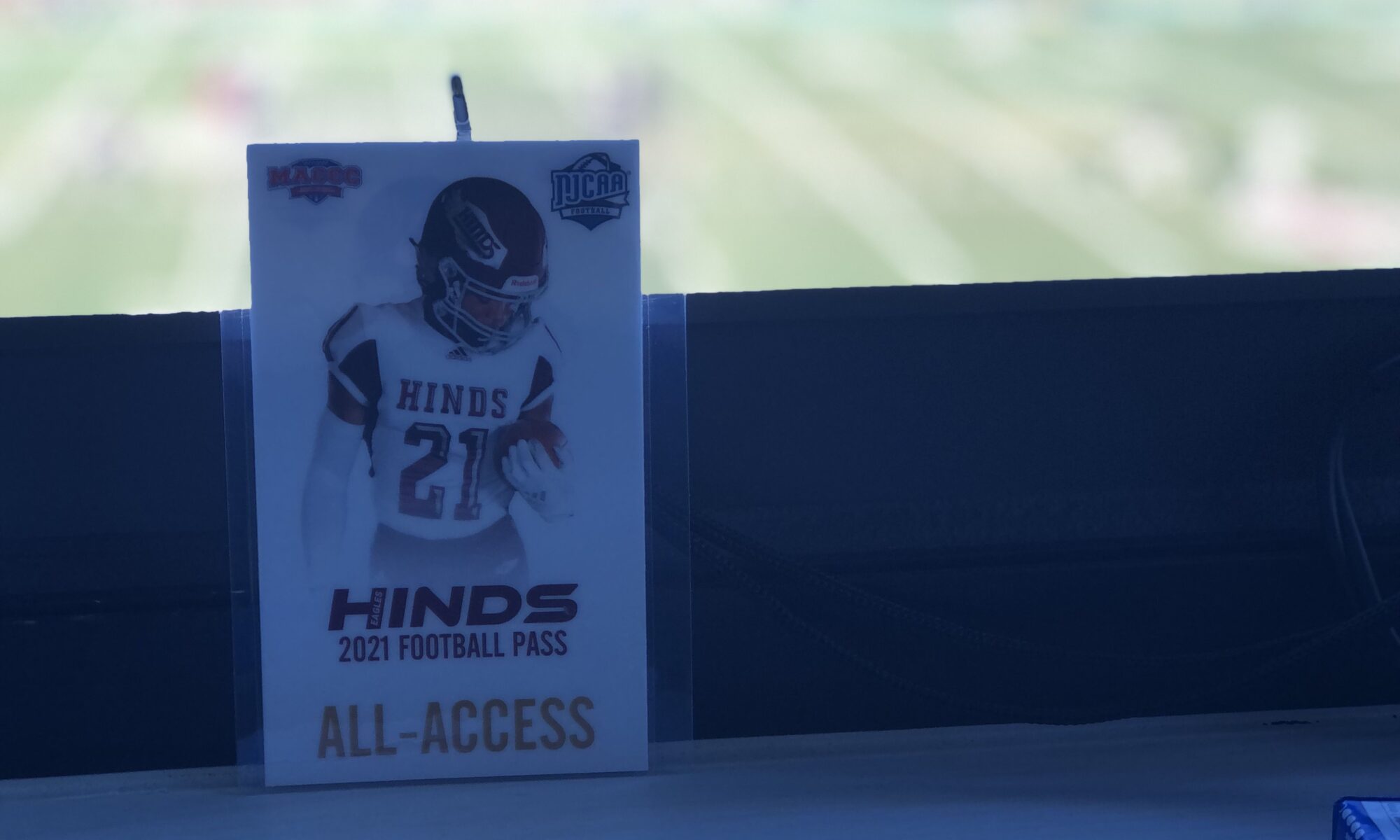 Willie Nelson might enjoy being on the road again, but it makes for a tired broadcaster when you have two road games on back-to-back days.

That was the case last week when I had to travel to Raymond for the Holmes/Hinds game on Thursday and then Desoto County (near Memphis) for the Kosciusko/Lewisburg game.

If I’m honest though, I actually don’t mind road trips.

For the Holmes games, I ride in the van with the rest of the broadcast team and that is always entertaining.

For the Kosciusko game, I drove the long haul up interstate 55 for a little over two hour drive. BUT I loaded the Jeep down with a cooler full of drinks and snacks so that made the drive a bit more bearable for me and the rest of the crew.

The trip to Hinds was fun. We had a BIG crew stop to eat with us and then we pretty much had the entire top of the press box to ourselves. It was my first time broadcasting a game at Hinds, so that was special to me. I get kind of sentimental about these things.

It was also my first time to return to Hinds campus since 2007 when I played tennis for Holmes. We made a trip there for a match and I famously struck out when trying to flirt with one of Hinds’ players. (A funny story. Ask me about it sometime).

As for the Kosciusko game, I’d never been to Lewisburg, but it was a wonderful experience. We had our own press box on the visiting side (another first for me) so we had plenty of room.

There was a nice 9-11 tribute prior to the game where they had service men and women from all branches of the military on the field in uniform. They all held flags for the national anthem.

Also, the Lewisburg fans and administration may have been the nicest and most welcoming I’ve ever met.

So you can watch our video link and listen to Breck’s commentary! https://t.co/qbshB9bxZK

I had been worried about how my voice would hold up, giving how much I have to talk during my show and then doing the games back-to-back, but it held up surprisingly well.

I’m just glad that football is back.